Cannabis may be Harmful…but Criminalisation is more Harmful

I have read the article by Dr. Kwasi Osei, Acting Chief Executive Officer for Mental Health Authority where he raised concerns about cannabis legalization in Ghana. I will like to assure him and others that, civil society in Ghana are NOT CALLING FOR LEGALIZATION. What we are calling for is DECRIMINALIZATION of drugs for personal use.

Let me assure our readers that; the two models are never the same thing as many writers have deliberately chosen to confuse the debate. In these debates, decriminalization is often confused with legalization.  Under legalization, the sale, acquisition, use and possession of drugs are legal and regulated by Government. Our current policies regulating alcohol and tobacco are core examples of this approach in practice. Under this regime, the drug trade is taken away from criminal gangs, whose lucrative illegal markets are undercut and reduced.

On the other hand, under the decriminalization model adopted by a number of countries around the world, the use and personal possession of drugs remain prohibited – but is no longer a crime: it is instead punishable by administrative sanctions much like traffic violation offenses.  Sanctions may include fines, community-based service orders, warnings, education classes, – or no penalty at all.

It is an undeniable fact that cannabis may be harmful to the consumer, but we need to understand that we do not need to add to this harm by criminalizing people who use them. Criminalization has proven to be worse. Criminalization poses both social and health harms and risks to Ghanaians, so we must make sure we mitigate those risks and take an effective harm reduction approach to protecting our communities,  our kids, and the health of Ghanaians by decriminalizing use.

What we need to ask ourselves now is, If drugs are primarily a health issue, why is the primary response punitive or repressive in nature, involving the police and military, rather than doctors and health professionals? In which other areas of public health do we criminalize patients we are aiming to help?

Drug-related issues are cross-cutting, they are a range of policy areas, but for illegal drugs, the balance has shifted to the point where consideration of public health has been increasingly marginalized by an excessive focus on enforcement, as the UN Office on Drugs and Crime has itself noted.

The rationale behind decriminalization is to reduce the harms associated with criminalizing people who use drugs because there are several risks associated with drug use – not least HIV and other infections, and the thousands of drug-related deaths every year.

The negative impact of criminalizing people who use drugs continues to be an area of serious concerns. Individuals have a right to access life-saving health services without fear of punishment or discrimination.  However, the fear of criminal sanctions drives people who use drugs away from life-saving harm reduction services, leading to infections and premature death from HIV and Hepatic C. This notion has been recognized by many UN agencies such as, UNODC, WHO, and the UNDP.

Stringent laws, spectacular police drives, vigorous prosecution, and incarceration of people who use drugs and peddlers have proved not only ineffective and enormously expensive as means of correcting the problem, but they are also unjustifiably and unbelievably cruel in their application to the unfortunate drug victims.

Prohibitionism has failed to curb or diminish drug use and associated problems, failing even by its metrics and standards; the astronomical numbers of people who use drugs speak for themselves, where estimates point to strikingly high levels of global drug use. 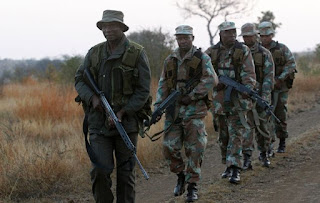 Drug use is never a police problem; it has never been, and never can be solved by police officers. It is first and last a medical problem, and if there is a solution, it will be discovered not by police officers, but by scientific and competently trained medical experts whose sole objective will be the reduction and possible eradication of this devastating appetite.

Despite the fact that most drug offenders are non-violent, the stigma attached to a conviction can prevent employment and education opportunities. Stigma can be compounded and intersected, with drug use becoming a double, triple, or quadruple. Have we thought about the damage done to families by the millions of criminal records handed down to adults as if they do not have wider consequences for children?

Globally, the repressive approaches to drug use continue to be implemented, in spite of there being little evidence to suggest that these policies have yielded positive results, with it being argued by many that the global war on drugs has failed. (Global Commission on Drug Policy 2011:4)

Portugal has gone down the decriminalization route with some success. This has freed up the legal system and cut the cost to the government.

I will like to reiterate for the purpose of the records that, civil society in Ghana is not calling for the legalization of cannabis but rather to decriminalize drug use. This has been extensively discussed in my earlier articles trying to distinguish the two models that has created some confusion in the minds of many Ghanaians. THE CALL HAS ALWAYS BEEN TO DECRIMINALIZE to reduce the harm that the laws themselves are causing to the individuals. It is always good to remember what Kofi Annan said, that “ drugs  have harmed many but bad government policies have harmed many more.”  Support Don’t Punish!!